The Rendlesham Forest Incident - One step away from DEFCON 1, which meant war? 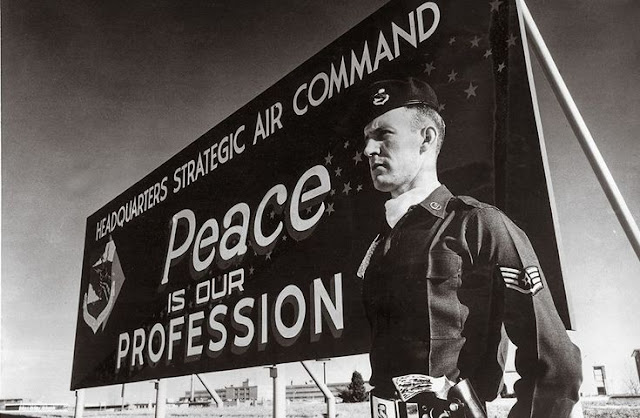 The Rendlesham Enigma . . . No Defense Significance?

“By the MoD’s own admission, there was no definitive explanation for the Rendlesham Forest incident and the case remains unexplained to this day. However, when pressed to make a statement on the incident, the MoD has consistently said that the events were judged to be of “no defense significance . . .”

Then how are we to explain the following testimony in which a USAF Airman, Mark E. Cartier, who was stationed at Hellenikon USAF AB, Athens, Greece, in 1980, remembered how the UFO incident close to the Bentwaters and Woodbridge USAF bases in Suffolk, England on the early morning hours of December 26, 1980, required that all European block military bases were to go on alert status, moving from DEFCON 4 to DEFCON 2 . . . just one step away from DEFCON 1, which meant war? The Bentwaters AB Incident, as I remember it,

“Like Jim Penniston, I am another retired Air Force guy.  I loved my career and I did very well in it. I was a communicator assigned to many special projects. I built the Air Force’s very first LAN, then WAN (local and wide area networks) in the late 1980’s at Scott AFB IL. I was decorated for building Scott AFB’s very first Network Support Center (1992 – 93), then as the U.S. Trans-com commander requested of the AFCC Commander. I was asked to, and did build the “model” for Air Force Bases worldwide – Network Control Customer Support Centers (1994 – 95 retired).

So like Jim, I’m not just some “nut” that just happened to be in the Air Force. I had a very successful full Air Force Career from which I honorably retired in 1995 (with many letters of appreciation/accommodation for my accomplishments.

What I’m about to state is absolutely true to the best of my recollection. I must admit though, that  unlike Jim Penniston, I did not keep a “notebook” and in fact, didn’t even think of this event until I saw a TV show about an investigation at the Bentwaters Base (in 2009 – some 29 years later), and for which retired, TSgt. Jim Penniston was the primary witness. So later when I realized Jim Penniston was on Facebook and had a group page about the incident, with some “non-believers” chiming in – I reached out to support what I know did, indeed, actually happen. (If it didn’t happen, then the entire European block of Air Force bases were ordered to go on alert for nothing).

I was a married but childless Airman, so I was working the 12-hour Christmas schedule, and really so my co-workers with kids could be off duty. I would then go on my 7-day break beginning the morning of December 27th through the New-Years holiday.

I am sorry I do not have exact times, nor do I remember specifically what the message we received stated. As it happened, I was actually less than two years into my Air Force career at that time, and was a fairly fresh Airman 1st Class working the message distribution desk, and working with just one other person on our overnight shift, he being my supervisor, TSgt. Terry Knight.

NOTE: When a flash precedence message comes in, as this message was, we get both an audible alarm and strobe flashes. As a message of this level is rarely received, standard operating procedures are “drop everything and process with extreme urgency.”

At some time in the early morning hours of December 26, 1980, the 2140th Communications Group Com Center received a flash precedence classified message which TSgt. Knight, who was standing near the DESTE printer, immediately recovered. (I do not remember the classification – i.e., Secret, Confidential, etc.), but I do remember TSgt. Knight’s response and order directed to me was very close to the following: “Holy shit, we got a UFO at Bentwaters – call the base Commander and get his ass down here!!!”

NOTE: TSgt. Knight had the kind of unflappable personality that was impossible to rattle – he could have a grand piano drop on a sidewalk missing him by inches and would just say calmly – “that was close.”

So, for TSgt. Knight to raise his voice with such excitement and urgency is something I will never forget. And yes, that was a statement of surprise followed by an order. His choice of words may not be politically correct, but they were his words, nonetheless.

Being such a young Airman, I remember thinking “Oh God – I have to call the base commander and tell him to (get his ass down here?) Do I even have that authority???”

Of course that’s not what I said to the Base Commander when I called him in the wee hours of that morning. What I said was to the affect: “Sir, we have a flash precedence message that requires you to action immediately.” Amazingly, he seemed to arrive within seconds of my hanging up the phone and processing the message.

The whole thing was surreal, as I had never seen anything prior or since about “UFO”s.    And although again, I do not remember the message exactly,  I do remember the gist of it: It described a situation where there was an actual Unidentified Craft within the vicinity of the Bentwaters and Woodbridge Air Bases in Suffolk England, to be of an “unknown disposition or threat” and as a condition of this, all European block military bases were to go on alert status. In our case, we went from DEFCON 4 to DEFCON 2 . . . (DEFCON 1 being at war). So DEFCON 2 was a state of readiness that I had never seen. The Security Police I had passed at the Base gate when coming to work were wearing side arm pistols only, upon leaving, they had M16’s.

I wanted to include some detail here, as this was a very significant event, that after giving it some thought I remembered a good deal about, even though I had forgotten about it for about 29 years because it was so long ago. But remembering what happened that night, and how the Air Force reacted, proved to me that the military in general treats these matters very seriously.”

Mark E. Cartier’s testimony reveals that this UFO incident in the vicinity of the twin bases in Suffolk, England was indeed considered of ‘defense significance’ by the European USAF Air bases, and also means that the Rendlesham UFO incident was NOT a so-called military “black-ops” operation to test the responses of the USAF airmen employed at the twin bases, as some believe.

Furthermore, Jim Penniston states that this testimony by Mark E. Cartier is peripheral confirmation that his ‘up channel’ report was received by HQ USAF and down channelled as an Alert Message to other USAF bases in Europe.