We are pleased to announce the definitive book on the Rendlesham Forest Incident is now available for purchase worldwide on Amazon, Barnes and Nobles and other book sellers. 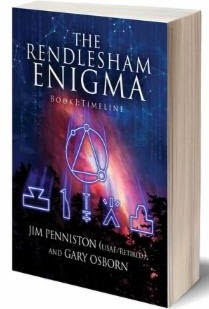 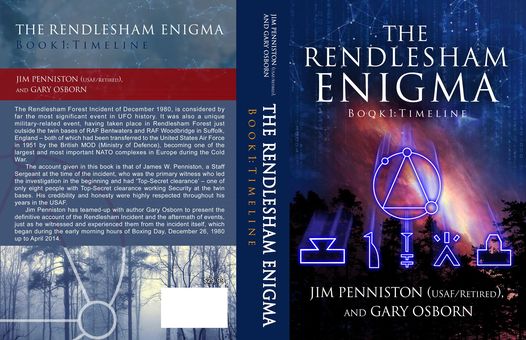 The Rendlesham Forest Incident of December 1980, is considered by far the most significant event in UFO history. It was also a unique military-related event, having taken place in Rendlesham Forest just outside the twin bases of RAF Bentwaters and RAF Woodbridge in Suffolk, England – both of which had been transferred to the United States Air Force in 1951 by the British MOD (Ministry of Defence), becoming one of the largest and most important NATO complexes in Europe during the Cold War. The account given in this book is that of James W. Penniston, a Staff Sergeant at the time of the incident, who was the primary witness who led the investigation in the beginning and had ‘Top-Secret clearance’ – one of only eight people with Top-Secret clearance working Security at the twin bases. His credibility and honesty were highly respected throughout his years in the USAF. Jim Penniston has teamed-up with author Gary Osborn to present the definitive account of the Rendlesham Incident and the aftermath of events, just as he witnessed and experienced them from the incident itself, which began during the early morning hours of Boxing Day, December 26, 1980 up to today.