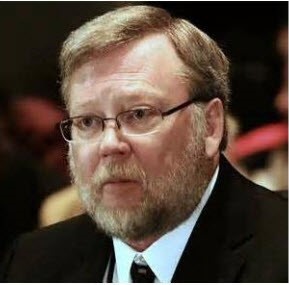 Jim Penniston, Co-Author of Encounter in Rendlesham Forest: The Inside Story of the World's Best-Documented UFO Incident, is USAF Security Forces/Retired. He entered the Air Force in 1973 and served over twenty years active duty in the US Air Force. He was assigned to the Strategic Air Command Elite Guard in Omaha Nebraska, providing security for General Officers, Congressmen, Foreign Heads of States, and the President and members of his Cabinet. Penniston held key assignments throughout the world. Including service in Desert Shield and Desert Storm. He wrote defense, security, counter-terrorism, and contingency plans for the USAF and NATO. Additionally, he provided security support for Air Force One, and other classified aircraft weapon systems. Penniston held for the majority of his twenty year career, a U.S. TOP SECRET/BI/SCI and a NATO TOP SECRET COSMIC/ATOMAL security clearance. Sergeant Penniston and his team were "First Responders" to a security investigation of a craft-of-unknown-origin, located just outside RAF Woodbridge, England. In December 1980 that case, is known as the Rendlesham Forest Incident, and is the most documented account in military history. Jim is a frequent lecturer and presenter at numerous MUFON and other related events and conferences of similar subject matter. A speaker at two National Press Club events; His first responders account of the Rendlesham Forest Incident has been featured worldwide on numerous television and radio programs. In addition, Penniston has been a contributor to other books concerning this phenomenon

Born in Monroe, Wisconsin, in 1954. James was raised in the mid-west. After graduation from High School. James entered the Air Force in 1973 and was immediately chosen for special duty with the SAC Elite Guard in Omaha Nebraska, where he worked security for the SAC Command Post, General Officers, Congressmen and the President of the United States. James volunteered for re-assignment in 1975 to RAF Alconbury England where he work flight operations. He was then reassigned in 1977 to Malmstrom A.F.B. Montana, as a Flight Security Controller for the protection and launch readiness of twenty Minuteman ICBM’s, In June 1980, James received orders to the infamous 81st Tactical Fighter Wing at RAF Bentwaters England, then the largest tactical fighter wing in the Air Force. While there, James work flight operations till the incident and then was promoted to the position of Non-Commissioned Officer In Charge (NCOIC) of Security Police Plans and Programs. James completed his tour and left RAF Bentwaters in 1984. He arrived at Ellsworth A.F.B. South Dakota and worked in Group Pass and Registration. Later that year he assumed the position of NCOIC of Security Police Group Plans and Programs at Ellsworth A.F.B., South Dakota. After three years, James was then assigned to Bitburg AB, Federal Republic of Germany in 1987, where he worked flight operations, and NCOIC of Security Police Resource Management. He remained assigned to Bitburg while serving in Desert Shield and Desert Storm. After the Gulf War, James was re-assigned to Grissom A.F.B., Indiana working flight operations, till his retirement from the Air Force in November 1993. James also had twenty-three temporary duty assignments while in, which encompassed the entire globe, at various times during his tenure in the Air Force. 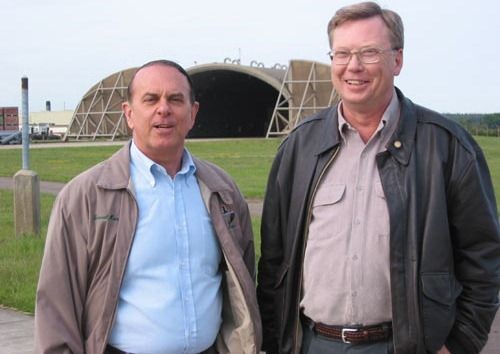 James Penniston discusses the incident at the National Press Club in 2007:

In 1980, I was assigned to the largest Tactical Fighter Wing in the Air Force, RAF Woodbridge in England. I was the senior security officer in charge of base security. At that time I held a top-secret US and NATO security clearance and was responsible for the protection of war-making resources for that base. Shortly after midnight on the 26th of December, 1980, Staff Sergeant Steffens briefed me that some lights were seen in Rendlesham Forest, just outside the base. He informed me that what ever it was didn’t crash…it landed. I discounted what he said and reported to the control center back at the base that we had a possible downed aircraft. I then ordered Amn. Cabanzak, AIC Burroughs to respond with me.

When we arrived near the suspected crash site it quickly became apparent that we were not dealing with a plane crash or anything else we’d ever responded to. There was a bright light emanating from an object on the forest floor. As we approached it on foot, a silhouetted triangular craft about 9 feet long by 6.5 feet high, came into view. The craft was fully intact sitting in a small clearing inside the woods.

As the three of us got closer to the craft we started experiencing problems with our radios. I then asked Cabansag to relay radio transmissions back to the control center. Burroughs and I proceeded towards the craft.

When we came up on the triangular shaped craft there were blue and yellow lights swirling around the exterior as though part of the surface and the air around us was electrically charged. We could feel it on our cloths, skin and hair. Nothing in my training prepared me for what we were witnessing.

After ten minutes without any apparent aggression, I determined the craft was non hostile to my team or to the base. Following security protocol, we completed a thorough on-site investigation, including a full physical examination of the craft. This included photographs, notebook entries, and radio relays through airman Cabansag to the control center as required. On one side of the craft were symbols that measured about 3 inches high and two and a half feet across.

The feeling I had during this encounter was no type of aircraft that I’ve eve seen before.

After roughly 45 minutes the light from the craft began to intensify. Burroughs and I then took a defensive position away from the craft as it lifted off the ground without any noise or air disturbance. It maneuvered through the trees and shot off at an unbelievable rate of speed. It was gone in the blink of an eye.

In my logbook, (that I have right here) I wrote, Speed: IMPOSSIBLE. Over 80 Air Force Personnel, all trained observers assigned to the 81st Security Police Squadron, witnessed the takeoff.

The photos we retrieved from the base lab (two rolls of 35 mm) were apparently over exposed.