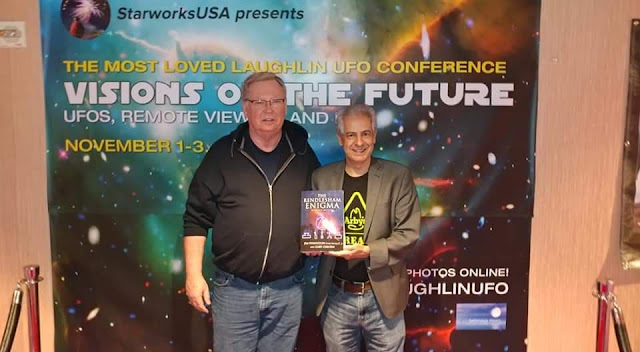 "I've gone on record saying Rendlesham might be the turning point in history that leads to the explanation of the UFO phenomenon" -Nick Pope, Directorate of Defence Security, Ministry of Defence

“What I once believed is no more, and what I’ve witnessed, defies all that I have ever imagined.” “I am truly in awe over the whole incident, and no one can fully understand the magnitude, of such an event, unless you were there.”- Sgt. James Penniston, Interview with ABC Television 2005

"When I arrived it was going in and out through the trees and at one stage it was hovering. Then it went over to a clearing at the edge of the forest. By the time we got to the clearing it had already landed.  When this thing landed Halt was already there. I didn't see it land. I saw it take off. It kind of hovered at first and then took off."-Sgt. Adrian Bustinza, Interview with Georgina Bruni

"There were three objects or lights. The largest light was the leading or command vessel. The lights were three vessels that moved independently of each other. They were moving and were able to jump from Woodbridge and show up over Bentwaters in less than a second." -Sgt. Monroe Nevels, Disaster Preparedness Technician